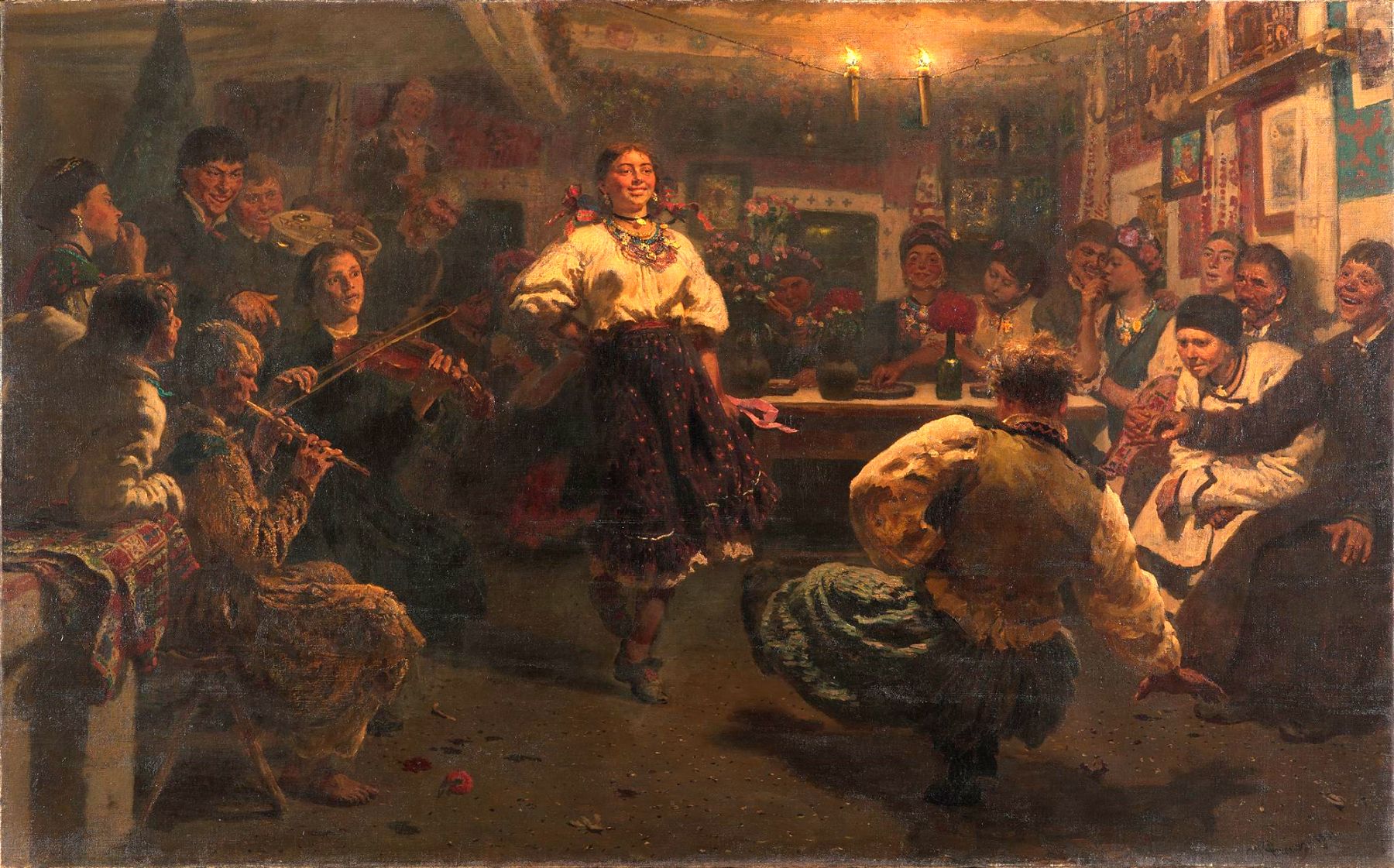 Dance was a consistent  attribute of  Ukrainian celebratory  traditions. Until the middle of the 20th century, it was an essential  component  of folk entertainment in rural Ukraine. Ukrainian dances are categorized regionally  into Polissia, Podillia, Hutsuly, Boyky, Lemky, Bukovyna, Sloboda, or in general - dances of Western, Eastern, and Central Ukraine. There are also all-Ukrainian dances, as well as Cossack dances. Dance patterns are conventionally divided by their function into ritual and non-ritual (circle dances, household, and dances with stories); solo, pair, and mass dances; dances of ethnic and non-ethnic origin; folk dances (folklore, traditional, authentic, rural) and stage dances (folk-stage, academic, professional, urban). 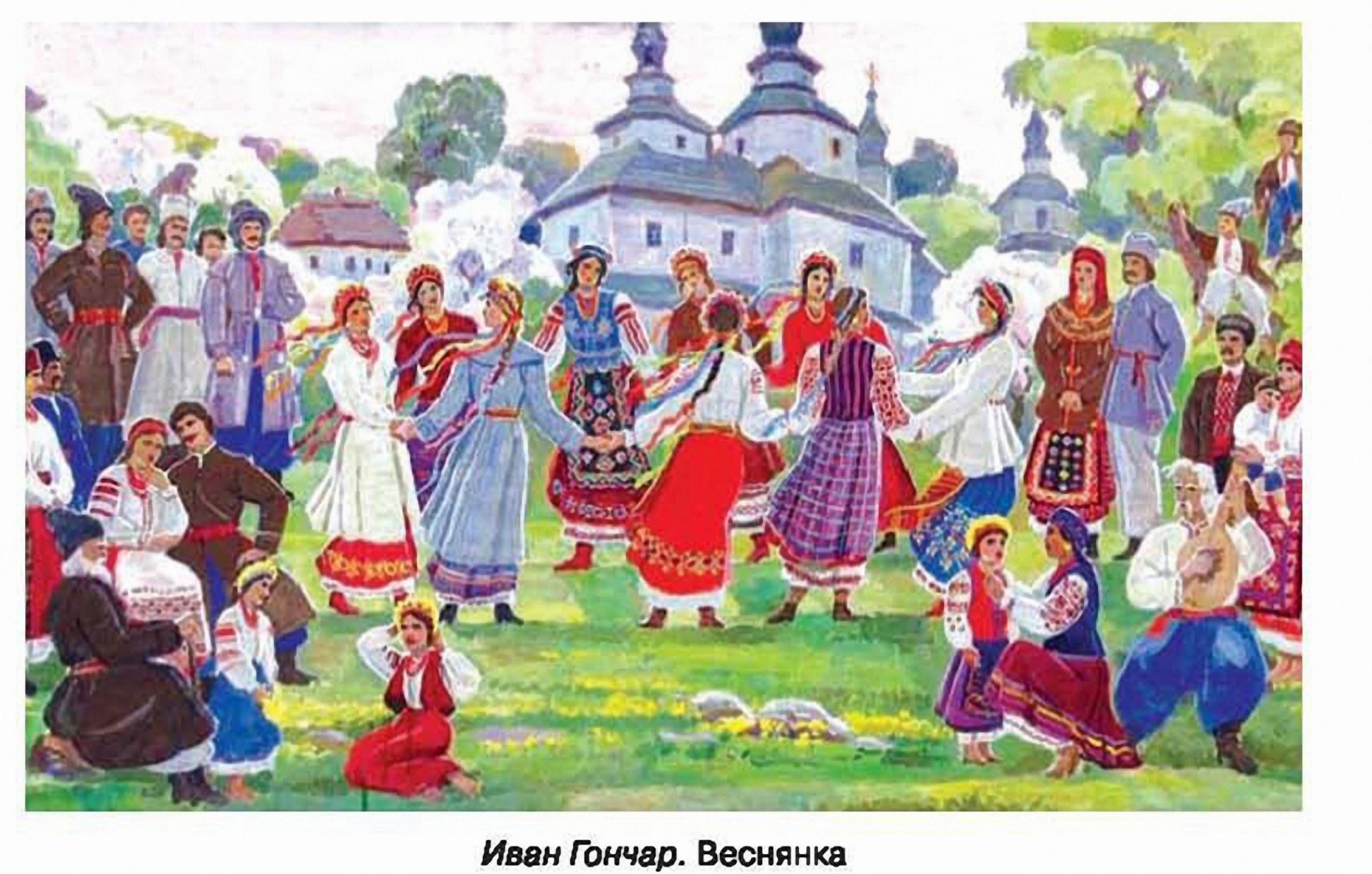 Ivan Gonchar. Gaiivki near the Church. 1970.

Dances that represent the calendrical cycle are considered to be the oldest and most universal. In particular, there were khorovody (tanky; ‘circle dances’) such as ‘Proso’ (‘Millet’), ‘Kryvyi Tanets’ ('Curvy Dance'), ‘Verbova Doshchechka’ ('Willow Board'), 'Podolianochka' (‘A girl from Podillia’), ‘Mak’ ('Poppy'), ‘Hrusha’ ('Pear'), ‘Khustochka’ (‘Veil’), 'Tsarenko', ‘Gorobeiko’ ('Sparrow'), ‘Ohirochky’ ('Cucumbers'), and ‘Zhuravel’ ('Crane') among others.     They were all ceremonial and were led to a thematic song without instrumental accompaniment. Khorovody were not associated with a single holiday. For example, ‘Kryvyi Tanets’, ‘Zhuravel’, 'Podolianochka', ‘Mak’, and ‘Proso’ were performed during spring and summer: on Kolodiya day (Masnytsia or the week before Easter or Lent), Palm Sunday, the first three days following  Easter  (Easter celebrations), the Day of the Holy Trinity,  on the eve of the Nativity of John the Baptist (the folk name is Ivana Kupala), as well as on the day of remembrance of the Apostles Peter and Paul. Information about performing khorovody can be found in  family rituals. 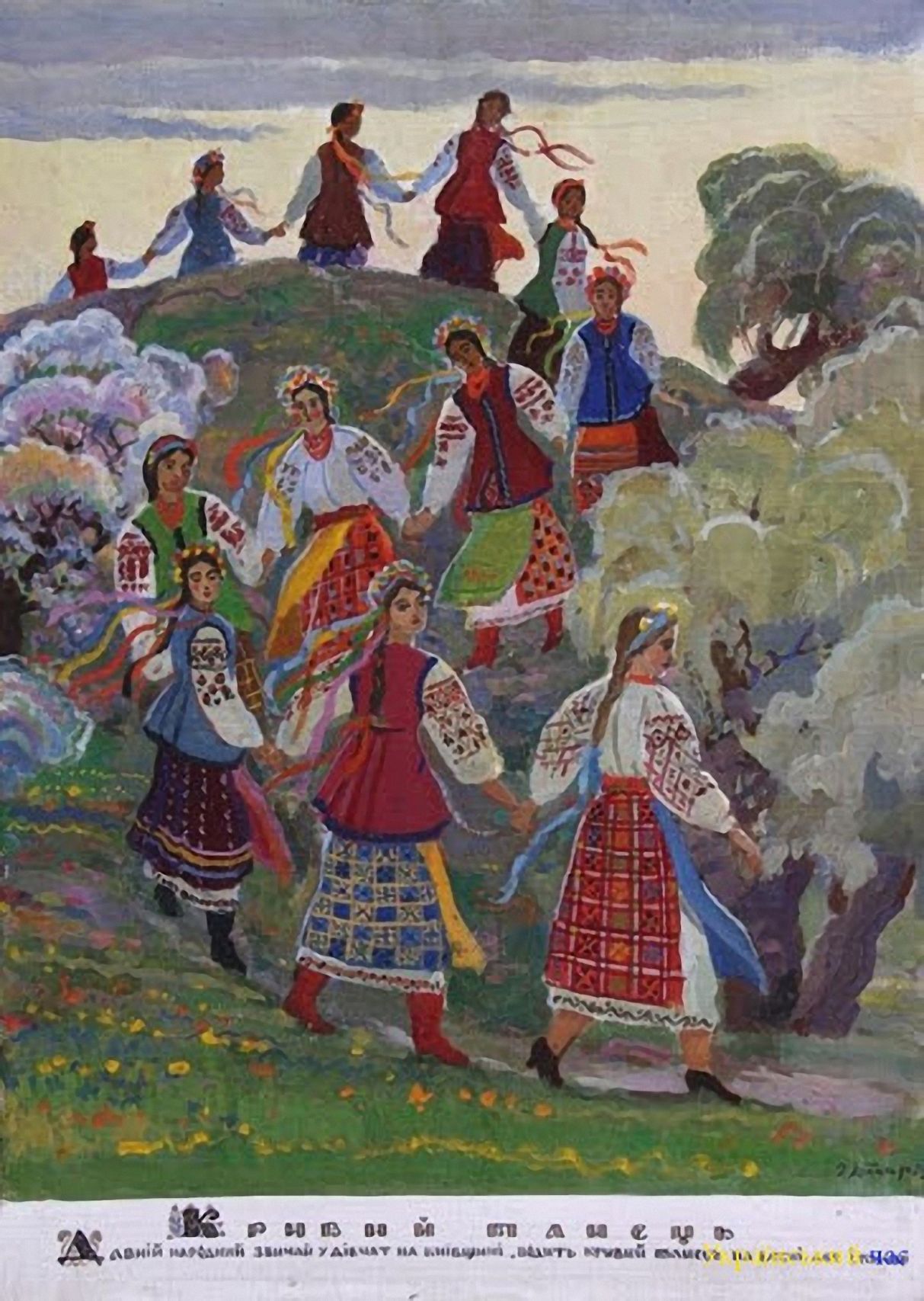 In Hutsulshchyna during  the early 20th century, there were active groups of male dancers who performed carols known as koliadnyky (‘carolers’). They performed in the house, in the yard, or in the apiary and  had local names: dantsi, pliesy. People also performed dances such as ‘Zaichyk’ (‘Bunny’) or ‘Soroka-vorona’ (‘Magpie-crow’) and other skochni (‘jumping’) dances on Saint Andrew's Day, even despite the pre-Christmas fast. In general, however, no one performed dances during the fasting period: this applied not only to the four major fasts, but also the so-called fasting days (Wednesday and Friday). 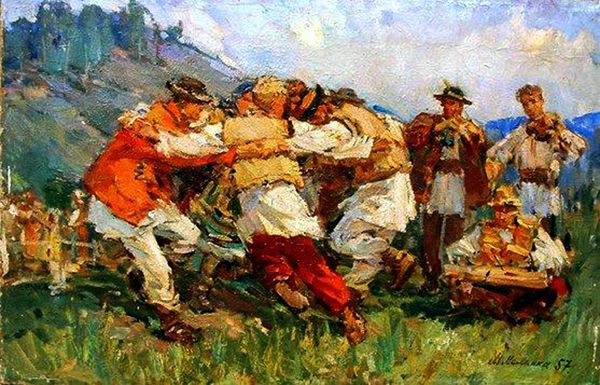 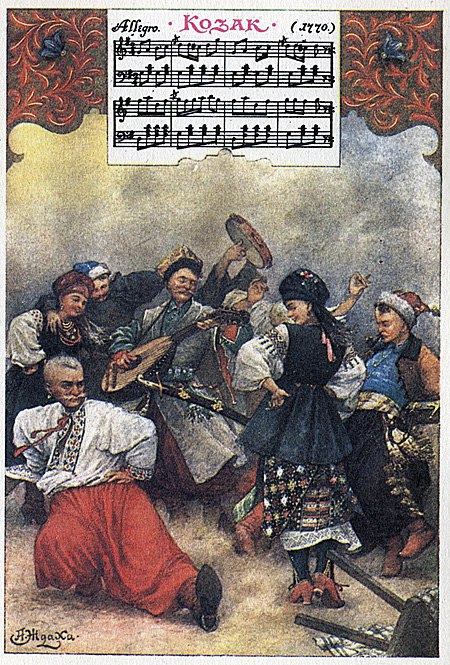 In the late 19th and during the 20th century, the repertoire of folk choreography was enriched with such dances as karapet (two-step), polka, waltz, padespanets (pas d'Espagne), quadrille, oira, belgiianka, and others. In the 20th century, traditional folk dances were gradually disappearing from the holiday domain.

Ukrainian dances consist of movements that are inherent in almost all dance cultures. They are simple in form and choreographic pattern, for example,  dance steps, triple stomps (alternating steps), small taps, pas, squats, and creeps. Having studied at least one of them, you can easily adopt any other. Even dances of foreign ethnic origin acquired features from national Ukrainian dances (movements, postures of hands, body, and knees). Over time, only the instrumental melody and the accompanying song lyrics determined its non-Ukrainian origin. There are cases when the accompanying song can turn a traditional Ukrainian dance into a 'non-ethnic' one. For example, this occurred  to the song 'Pleskach': the lyrics were changed and it became called 'Kartoshka' (‘Potato’ in Russian). The same story is exemplified by the song  'Chumak' which  became 'Iakov'. Many Ukrainian dances continue not to have a title or received it from the first line of the accompanying dance song, for example: ‘From Kyiv to Lubny’, 'Oh, the hoop broke', 'Fish was dancing with the crayfish’, 'Pretty young lady', 'It’s whirring and humming’.

With the emergence of theatrical collectives, traditional folk dances gradually acquired theatrical features that  became an important attribute for ethnographic performances. Original rural folk dances lost their attractiveness and competitiveness to amateur clubs, dance bands, and professional bands of the Soviet period. In their place emerged the  era when folk dances were performed on stage. When folk dances were transferred to the stage, choreographers began to adapt them to this form of performance. This happened to gopak, kozachok, molodytsia, chaban, golubka, gorlytsia, kaperush, resheto, polka, and others. Numerous folk dance ensembles appeared. Three well-known ethno-choreographers, Vasyl Kostiv (Verkhovynets), Vasyl Avramenko, and Pavlo Virskyi, developed academic stage ballet models after Ukrainian folk dances and dreamed of creating a Ukrainian national ballet. In the 20th century, as well as in the vast majority of dance schools and studios today, they do not teach traditional folk dances; the repertoires exemplify the stage author's choreography patterns. 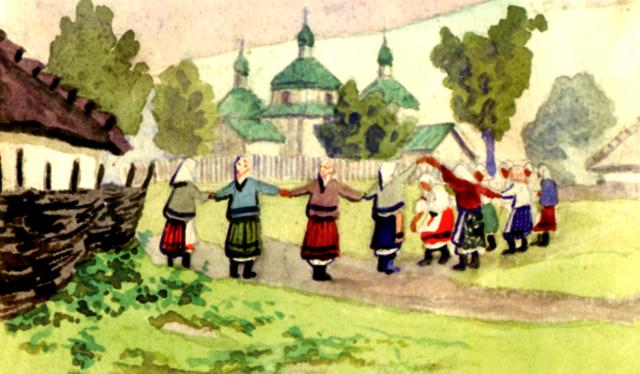 At the beginning of the 21st century, the situation began to change: ethno-instrumental bands emerged, folklore expeditions for ethnic dance research were organised, traditional dance schools were established in major cities of Ukraine, and Ukrainian society became more interested in traditional dance heritage. Today folk dances can be seen during rural holidays, village days (holidays), at rural weddings, folklore festivals and competitions, as well as during the performances of newly created folklore and ethnographic bands (both rural and urban). Simultaneously, village folk dances are still typically associated with the older generation’s culture, and in schools and school dance studios, mainly choreographed stage dances are promoted.

Today, large cities serve as cultural centres for the revival of folk dances. Numerous dance events and festivals are organised. There are exciting developments  taking place in gendered dance attributes, in particular, girls and women have begun to perform men's dance compositions (gopak, kozachok), as well as master the movements of the arcan. In Western Ukraine, Greek Catholic churches celebrate some days with circle dances and haiivky (‘grove songs’). These events are usually initiated  and conducted by various church ranks and sisterhoods for children and teenagers. The revival of folk dance culture is impossible without the restoration of old instrumental traditions. ‘Night of Traditional Dance’ at the Ivan Honchar Museum demonstrates how the element of folk dance is combined with the performance of authentic and derivative instrumental bands.